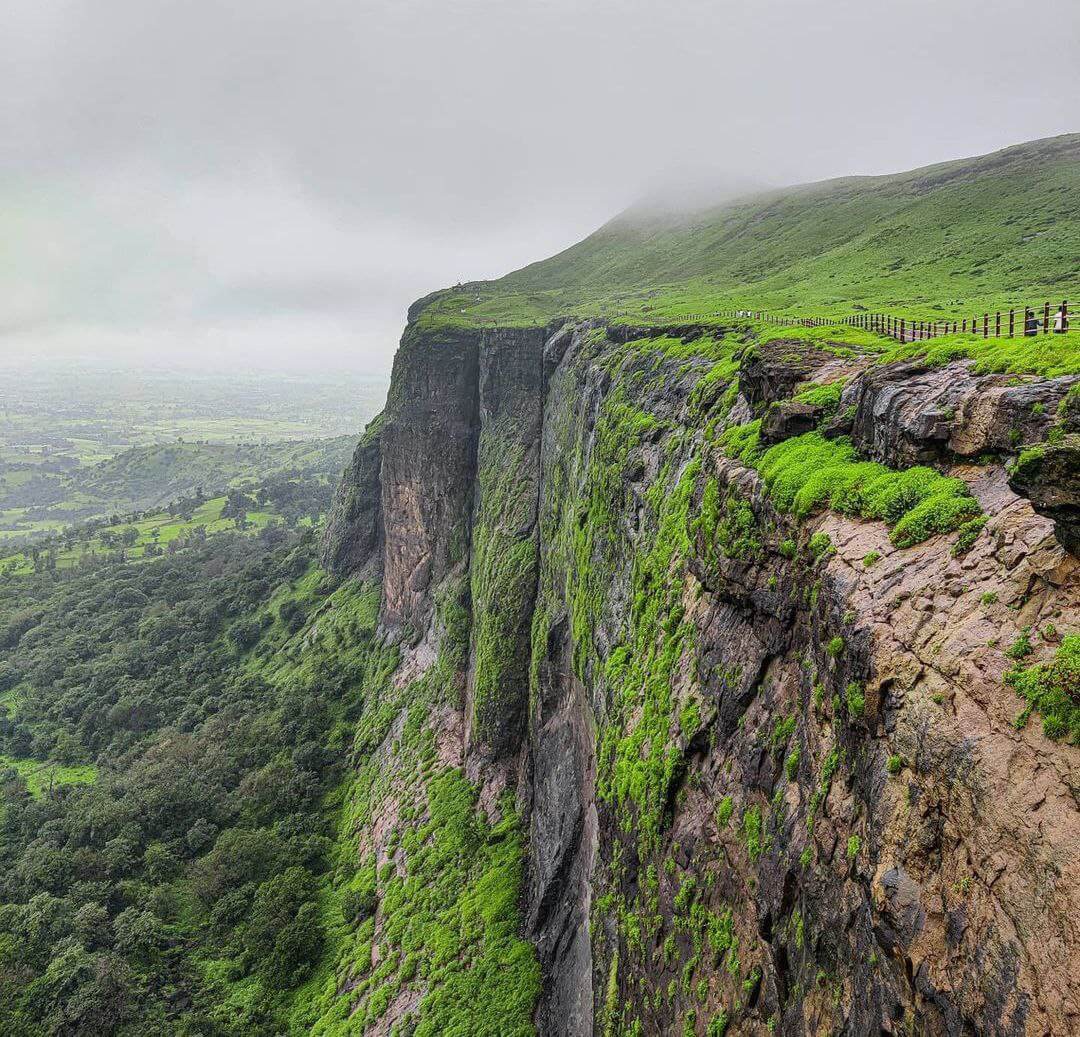 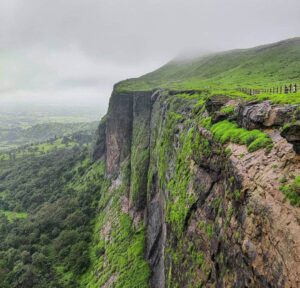 Brahmagiri (1298 metres) is located west of Trimbakeshwar and gives a magnificent view over Thane district’s Jawhar Mokhada area. Trimbakeshwar is a pilgrimage site because it is one of Lord Shiva’s 12 Jyotirlingas.

Trimbakeshwar is accessed through regular stairs from Trimbakeshwar, as is Ganga dwar and the Gorakshanath cave, which marks the end of Trimbakeshwar. While ascending down, there is a path to the right that leads to Brahmagiri. The carved stairs in the rocks are reached by following this path. Even in recent times, the stairs are excellent. Britishers blew them off in 1818, although they were later reconstructed someplace before India won independence. Brahmagiri is around 450 to 500 metres above sea level from the base settlement. From the base village, it takes 45 minutes to visit Ganga dwar, Gorakshanath caves, and 108 Swayambhu Mahadev caves, and halfway down, the route to Brahmagiri Hill takes 45 minutes to reach the peak and about 2 hours to see the fort entirely. There are two temples on this fort, which is thought to be the source of the Godavari River. The river runs from here to Ganga dwar and subsequently to Trimbakeshwar village’s Kushavart teerth. This location may be reached by ascending approximately 750 concrete stairs. Goddess Ganga is honoured with a shrine. The river looks to be flowing out of Nandi’s mouth. Nearby is the Kolambika Devi temple and a collection of 108 shivalings.